Welcome Charles Robison to the Montana Chamber of Commerce

I’m happy to say that we have filled the Government Relations Director position at the Montana Chamber of Commerce with an outstanding individual.  Charles Robison comes to us with a deep bench in government affairs, a life time really, having worked for both Senator Steve Daines and then Congressman Greg Gianforte.  A Montana native, Charles understands the complexities of Montana’s political environment and has an extensive network of relationships throughout the state.

I have known Charles for many years now and first worked with him years ago on projects related to the coal industry.  I found Charles enthusiastic, creative and willing to do what it took to achieve a goal.  I know you will find him responsive and determined to advance priorities of the Montana business community.

The Montana Chamber had it’s most successful session in history in 2021, leading the charge on four major pieces of legislation that originated from our membership.  Charles and I are in discussions on how we can do even more in this next session and I’m confident, Charles is the right person to position us to tackle legislation that improves the business climate in our state for all businesses.  I’m excited to have Charles on our team as we develop business priorities and I look forward to you meeting Charles and working with us as we prepare for another successful legislative session. 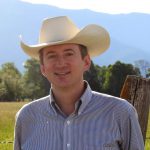 Charles and his wife Rachel live in Helena with their children Joel (9), Zora (6) and Ida (4).  Charles was born in Bozeman and grew up spending summers on his grandparents’ ranch, north of Ennis.  In high school and college, Charles worked on farms, ranches and Forest Service fire crews around the Northwest.  He enjoys hunting, fishing, building snowmen with his kids and trying to keep up with them on skis.

Charles comes to the Chamber from the Montana Electric Cooperatives’ Association, where he had worked since 2020 as director of government relations, following the end of his term as Montana State Director for Rural Development with USDA.  Charles first worked for USDA as a Forest Service wildland firefighter in the late 90s, on an engine crew, as a Hotshot and as a helitack rappeller.

Charles received the American FFA Degree in 1996.  He earned degrees in law and business from the University of Montana in 2010.  Charles practiced law in Helena with former Attorney General Tim Fox at the Gough, Shanahan, Johnson & Waterman law firm, where he represented family businesses, farmers, ranchers and Montana mines.

Prior to his leadership role at USDA, Charles served four years as State Director for U.S. Senator Steve Daines and then as Chief of Staff to Congressman (now Governor) Greg Gianforte.

Charles is excited to serve Montana businesses, as he has throughout his career.  “We have a unique opportunity right now to work with an experienced business leader in Governor Gianforte,” Charles says.  “With his leadership and the Chamber’s advocacy, we can improve Montana’s business climate and create opportunities for Montana families.” 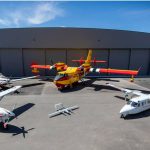 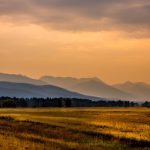 Next:
There’s a lot not to like about the “Inflation Reduction Act”