Just one look at America’s current energy portfolio shows the precarious position our country, and our state, is in. Montana, and the United State as a whole, has gone from being a net energy exporter to teetering on the brink of becoming a net importer and an energy crisis that could rival the shortages seen in the 1970’s.

But we didn’t get here overnight. The energy crisis we are facing isn’t just the result of Russia’s invasion of Ukraine. It is the result of systematic efforts to undermine our domestic energy producers, despite technological advances that allow them to produce energy with little to no environmental impact. It is the result of government efforts, in coordination with environmental extremists, to pick winners and losers in the energy industry and to put our producers of base-load power at a disadvantage.

Time and again we’ve squandered opportunities to develop our natural resources and solidify our energy independence by subjecting our base-load energy producers to regulatory uncertainty and endless, expensive litigation.

One has to look no further than the Rosebud Mine in Colstrip to see how the decisions made in the process of frivolous litigation can chart the course of our energy future.

Despite years of permitting and jumping through regulatory hoops, when Westmoreland was granted their AM4 permit for the modest expansion of the Rosebud Mine, the Sierra Club and the Montana Environmental Information Center (MEIC) wasted no time in erecting as many legal barriers as possible to halt the expansion. And despite both the Department of Environmental Quality and the Board of Environmental Review upholding the permit, the Sierra Club and MEIC have continued to push forward—dragging out the permitting process in hopes that the expense of litigation combined with the lost revenue opportunity would be the death blow to yet another coal-producer.

Now the fate of Westmoreland’s AM4 permit lies in the hands of the Montana Supreme Court—and it is up to them whether to move the U.S. one step closer to energy independence or add to the growing list of America’s lost opportunities for increasing domestic energy production.

We’ve already lost the Keystone XL pipeline. We’ve lost the energy generating potential of our federal oil and gas leases. And we’ve watched the slow but steady closure of coal-fired generating facilities, as well as the mines across our state that supply them—all while our elected leaders have paved the way for major energy thoroughfares like Russia’s Nord Stream 2 that weaken our international position as a global energy supplier.

The question now is, how long will we allow this to continue?

As it stands, Russia is the second largest exporter of oil into the US—Canada is the first, and Saudi Arabia is the third. This reliance on other countries for our oil, coupled with continued efforts to shut down coal, has caused dramatic increases in energy costs for Montanans and people across the United States—cutting into pocket books and exacerbating the inflation of basic goods.  The bottom line is, we are giving away our national security by choosing to jeopardize our energy security.

The Montana Supreme Court has the ability to begin changing that trajectory. They have the opportunity to either choose to enable the trend of dragging out permits and delaying our energy production—forcing our continued reliance on volatile foreign nations like Russia to supply our energy demands—or to uphold the permit approvals of the state regulatory agencies that specialize in analyzing the environmental impacts of energy development projects and allow more coal to be produced from the Rosebud Mine.

To Montanans, the choice is clear—we’ve let Montana’s energy producing potential be held hostage by frivolous litigation for too long. We can only hope that the Montana Supreme Court agrees.

Todd O’Hair is the President & CEO of the Montana Chamber of Commerce. Doug Martens is a Rosebud County Commissioner and Board Member of the Montana Association of Oil, Gas, and Coal Counties. Peggy Trenk is the Executive Director of the Treasure State Resources Association. 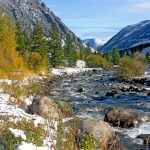 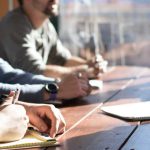