On Friday, November 5th, the US House of Representatives passed the $1.2 trillion Infrastructure Investment and Jobs Act with bipartisan support. Passage of this historic bill will enhance economic growth across America and will have significant implications for Montanans.

Although Montana is one of the least populated states, it will see the most federal dollars per capita- about $3.6K per resident. An estimated $3.8 billion will flow into the State to upgrade current infrastructure, including $2.8 billion for highways, $225 million for bridges, $355 million for water systems, and $100 million for broadband expansion into unserved areas. Learn more about the estimated state-by-state allocation here.

Infrastructure investment is a fundamental pillar of Envision 2026, the Montana Chamber’s strategic plan for Montana’s future. Partnering with local organizations like the Montana Infrastructure Coalition, we have successfully advocated for resources to address Montana’s aging infrastructure.

This investment is another victory for commerce in Montana to grow its economy, create high-paying jobs, and improve the quality of life in the Big Sky State.

The Montana Chamber appreciates the effort undertaken by Congress to pass the Infrastructure Investment and Jobs Act, including that of Montana’s own Sen. Jon Tester for his role in the Senate working group to deliver a bipartisan agreement. The House also made the right decision last week in delaying consideration of the reconciliation bill. The true cost of this multi-trillion tax-and-spend proposal remains unclear, and the Montana Chamber remains gravely concerned about the policy ramifications of saddling the private sector with new costs of doing business. It could jeopardize sustained economic growth during this unprecedented time, a risk that we hope Congress will take seriously as it takes up this bill in the weeks ahead. 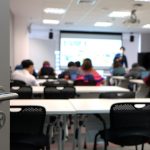 Next:
Billings YE Teachers to host “Pop Up Market Day”